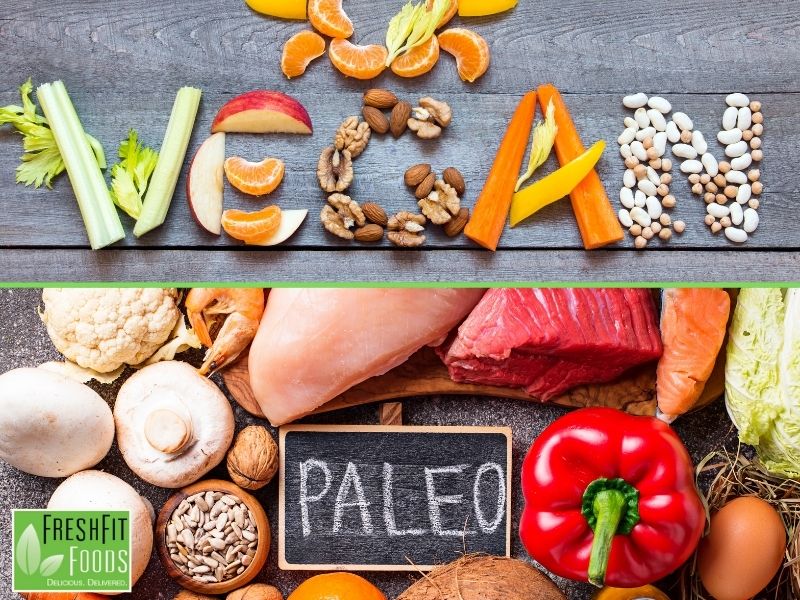 We’ve all heard of vegan and paleo diets — both emphasize healthy eating but have very significant differences. You could say they are opposite diets with the same goal of healthy eating. So how are they different and is one of them right for you?

Vegan diets essentially don’t allow for any kind of animal product— no meat, no dairy, nothing that comes from animals. No meat is pretty straightforward, no chicken, steak, fish, etc. This also means nothing that has been cooked in meat stock, including soups that use chicken or beef broth. 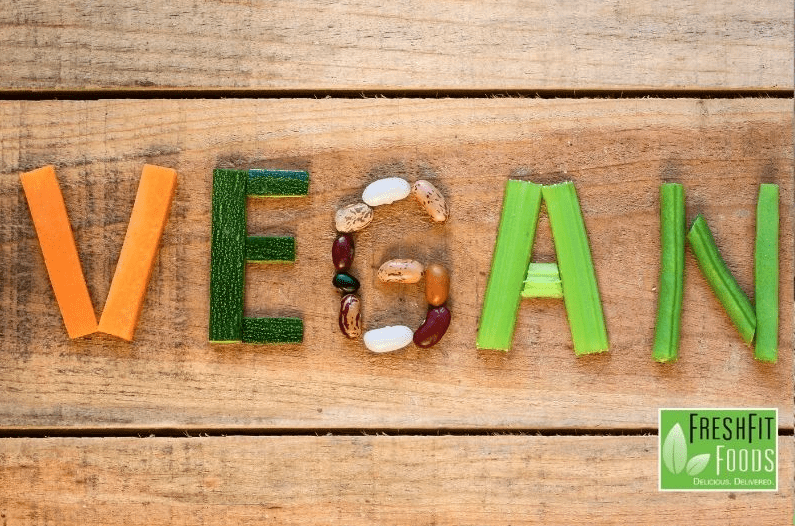 Cutting out dairy means no cheese, milk, butter, yogurt, cream, or similar products. This means no consuming things like (and some of these may surprise you):

Vegan diets have several benefits, including: 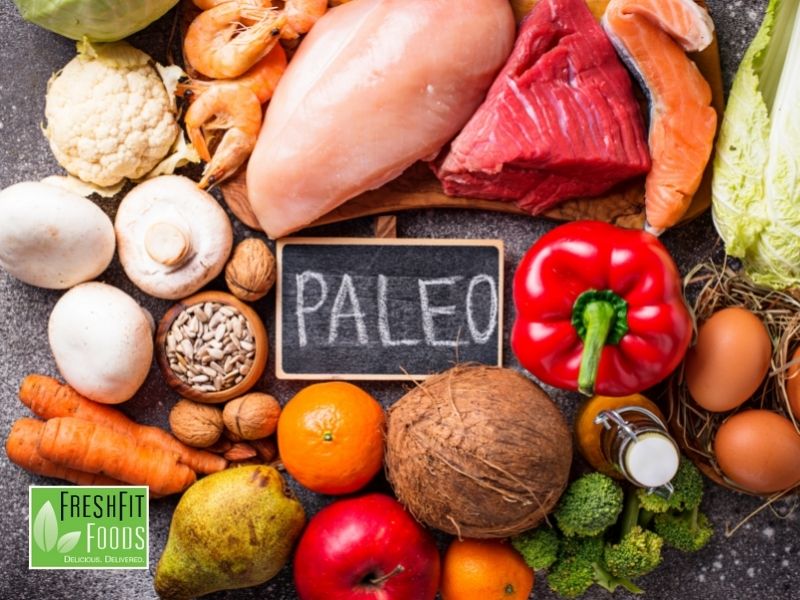 The paleo diet is pretty much on the other side of the food spectrum from vegan. It’s basically the opposite. Many of the things vegans avoid are a staple for the paleo diet.

Getting its name from the “Paleolithic” era, you essentially eat what we believe cave dwellers ate during this period, which was more than 10,000 years ago. The diet typically includes:

The purpose of the paleo diet is to exclude foods that only became common when we started farming, such as:

The diet also limits processed foods and meat, after all, cave people weren’t eating salami back then.

Paleo diets have several benefits, including:

While there is some overlap in the foods you can eat on both diets, they are very different. Paleo diets mainly consist of meats and fish, while vegan diets cut animal products out entirely. Both diets allow for fruits and vegetables, but paleo diets don’t allow for things like beans, lentils, and peanuts, while these are all fine on a vegan diet.

Both diets limit dairy. So whether you follow paleo or vegan diets, you won’t be eating any butter, milk, cream, or cheese, so you better put that pepperoni pizza down.

Following vegan and paleo diets, or other healthy diets, can be difficult. You have to pay close attention to all the food you purchase, and some of it can be more expensive. You also want to find recipes and meals that taste great and give you variety. At Fresh Fit Foods, we have meal plans for both the vegan and paleo diets. We also have other menus from which to choose. That way you can get delicious, fresh meals delivered ready to eat.